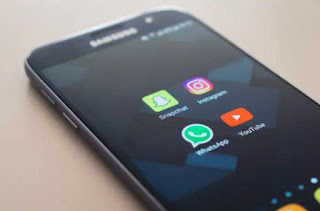 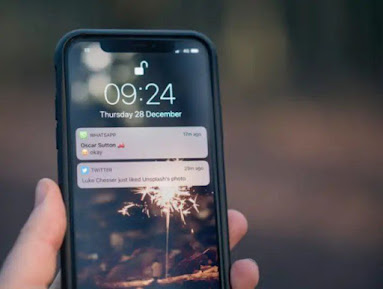 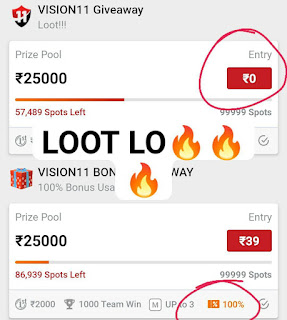 West Indies will be facing off against Australia for the second time in the five-match T20I series between them. West Indies thrashed Australia by 18 runs in the first T20I and is currently leading the series by 1-0.

Andre Russell played a great cameo of 51 runs off just 28 balls and took his team to a good total of 145 runs.

Josh Hazlewood was the top bowler for Australia who grabbed 3 scalps, and along with him, Mitchell Marsh took 2 wickets for Australia. Coming to chase, Matthew Wade smashed quick-fire 33 runs in just 14 balls with Mitchell Marsh contributing 51 runs. But once their wickets fell, no other Australian batsman looked settled on the crease.

As a result, they got all-out on 127 runs and lost the game. Obed McCoy picked up 4 wickets while Fabian Allen and Hayden Walsh grabbed 2 wickets and 3 wickets respectively for the West Indies.

Obed McCoy was adjudged the player of the match in that game for his supreme bowling performance. (4-0-26-4).

The temperature is expected to hover around 26°C on the matchday with 87 % humidity and 29 km/hr wind speed. There are 78 % chances of precipitation during the game.

The Daren Sammy National Sports Academy is a batting-friendly surface and is expected to assist the batters once again here. Pacers might get some help towards the latter half of the match while spinners may come in handy in the middle overs.

The average first inning score on this wicket is 159.

The team batting second has great records here. They have maintained a winning percentage of 60 on this ground.

Andre Russell is a right-handed batsman and right-arm fast bowler from West Indies. He hammered 51 runs and took 1 wicket in the last match.

Obed Mccoy is the top-bowler in the last game who bowls left-arm medium-fast with the ball. He picked up 4 wickets in the last match.

Matthew Wade is a left-handed wicketkeeper-batsman from Australia who leads the team. He smashed 33 runs in the last match.

Aaron Finch is a right-handed batsman from Australia who leads the team. He scored only 4 runs in the last game but expected to perform well in the upcoming match.

Mitchell Marsh is a right-handed batsman and right-arm medium-fast bowler from Australia. He achieved 51 runs and grabbed 2 wickets in the last game.

The surface at this ground is a balanced one, with great assistance for both pacers and spinners on offer. The average score on this wicket is 105 runs

Bakhtiar Tahiri: Star all-rounder Bakhtiar Tahiri is a must-have pick in the fantasy team. He starred in the 2020 ECS Bulgaria T10 with an impressive all-round performance of 531 runs and nine wickets from ten matches. Bakhtiar Tahiri will be the captain for this match.

Hristo Lakov: Hristo Lakov is another healthy addition to the team from the batting section who has the potential to win games single-handedly, he will be a valuable asset for the team. Lakov scored 314 runs, while also picking up 2 wickets for his side in the last edition of ECS T10 Bulgaria.

Prakash Mishra: Star all-rounder Prakash Mishra, the skipper of both Indo-Bulgarian CC and the Bulgarian national team is a must-have pick. He produced 84 runs and nine scalps from ten matches in the 2020 ECS Bulgaria event. Mishra will be the vice-captain for this match.

Ishan De Silva: Ishan De Silva is a wicket-keeper who is also one of the main batters for Medical University Sofia. He made 233 runs from ten matches in the 2020 ECS Bulgaria event. He also has a T20I century to his name while representing Bulgaria at the highest level. Watch out for him in this match.

Agagyul Ahmadhel: Agagyul Ahmadhel will be a reliable multiplier choice in this match as he will be getting multiple opportunities to pile up points in both departments. Agagyul picked up 6 wickets from 10 matches.

Gagandeep Singh I: Gagandeep Singh scored 75 runs, while also picking up 7 wickets for his side in the last edition of ECS T10 Bulgaria. He could earn hefty fantasy points in this match.

- July 04, 2021 No comments:
Email ThisBlogThis!Share to TwitterShare to FacebookShare to Pinterest

The Bristol pitch was used recently for a few white-ball matches. There was a slight dodginess in the pitch with the spinners and slow bowlers coming into the match. However, we could witness a pitch that is flat as this is an ODI match.

Joe Root has scored two fifties in two matches of this series. He has not been dismissed in this series so far. Root scored a total of 147 runs in the two matches.

Moeen Ali hasn’t got a lot of chances recently for England. He has taken one wicket in two matches and also scored 28 runs.

Dhananjaya de Silva batted beautifully in the previous match and is probably the most technically sound batter in this team. He made 91 runs in this last match.

Wanindu Hasaranga has been an important member of this squad. He has scored 80 runs in this series already and has also taken three wickets.

Dushmantha Chameera has been the stand out bowler for the Sri Lankan team in this tour. He has picked up three wickets in this series so far and would be looking to add some more to his tally.

Kusal Perera had batted well in the first game scoring a brilliant fifty. He is the most dependable batter in this team.

Jonny Bairstow batted very positively in both the matches, but got out after a good start. He scored a 21-ball 43 in the first game and scored 29 runs in the second one. Bairstow would be looking to continue his good form.

- July 03, 2021 No comments:
Email ThisBlogThis!Share to TwitterShare to FacebookShare to Pinterest

Subscribe my our channel 👇👇👇👇👇
https://youtube.com/c/FANTASYEARNINGKING
Subscribe my Telegram channel 👇👇👇👇👇
https://t.me/paytm_loot_offfers
ENG-W vs IND-W Dream11 Team Prediction and Suggestions for today’s 3rd ODI between England Women and India Women:England Women will square off against India Women in the last One Day International of the three-match series at 03:30 pm IST on July 03, Sunday at the New Road in Worcester. India has already lost the ODI series by 2-0 as English team won the first and second One Day International by eight wickets and five wickets, respectively.
https://youtube.com/c/FANTASYEARNINGKING
In the second ODI, Kate Cross and Sophie Ecclestone were the wrecker-in-chief for the hosts as they breathed fire with the ball. Kate returned with a five-wicket haul while Sophie picked three scalps to stop India at a below-par score of 221.
ENG-W vs IND-W Dream11 Team Prediction
Captain- N Sciver
Vice-Captain- S Mandhana
Suggested Playing XI for ENG-W vs IND-W Dream11 Fantasy Cricket:
Wicketkeepers: A Jones
Batsmen: L Winfield, S Verma, S Mandhana, Mithali Raj
All-rounders: D Sharma, H Knight, N Sciver
Bowlers: K Cross, S Ecclestone, P Yadav

- April 07, 2021 No comments:
Email ThisBlogThis!Share to TwitterShare to FacebookShare to Pinterest